French landscape painter Jean Baptiste Camille Corot is one of the most significant artists of the entire modern era. His artistic style and way of painting inspired generations of painters and proved to be the cornerstone on which the artist movements of Impressionism and Expressionism would be based.

Like many artists throughout history, Jean Baptiste’s greatness wasn’t fully realized until after his death. However, many famous painters such as Claude Monet and Pablo Picasso credited Jean Baptiste Camille Corot’s painting style as having a major influence on their respective styles.

Jean Baptiste’s art is a mixture of traditional ideals and modern ideas, with many seeing his artwork as the bridge between the two worlds. The following is a presentation of some of Jean Baptiste Corot’s famous paintings and the techniques and tricks he used to create them. Let’s get started.

Famous Jean Baptiste painter began his painting career deeply rooted in the Classical modalities of Realism. Corot studied all the great Neoclassical landscape works and the great biblical and mythological motifs. As a result, much of his early artwork is composed entirely of traditional tropes.

Jean Baptiste’s Venice paintings perfectly illustrate his early, more traditional painting style. Venise, La Piazetta, and Morning in Venice, two paintings Baptiste produced during his first trip to the area, are about as Neo-Classical as it gets.

Neo-Classical landscape painters often painted important cultural and historical sites. The Frenchman followed this trend closely in some of his earlier work; however, where Corot began deviating from the classical style was his move towards Realism, leading to the next evolution of his style.

As time went on, Jean Baptiste began moving further and further away from Neo-Classicism and more towards the avenue of Realism. He was moved by the beautiful landscape works of the great Realist masters such as John Constable and J.M.W Turner and wished to emulate their style.

Consequently, the focus of Jean Baptiste Camille’s art during this time switched predominantly to the topic of nature. Of course, nature continued to be a topic of inspiration for Corot throughout his career. However, it is during the period that it is featured most heavily.

In the Ville D’Avray, the tone, color palette, and composition are all based on Realism, and it is most likely that Jean Baptiste painted the piece in a Plein-air fashion, meaning that he painted it on-site instead of in a studio. However, despite being created in the vein of Realism, hints of the foundations of Impressionism can already be seen. 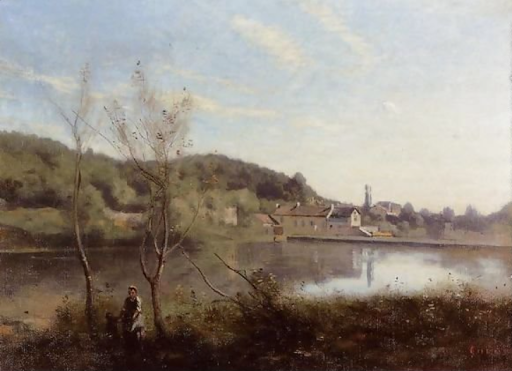 By 1860, Corot had begun leaning more and more into an Impressionist style of painting. In essence, Impressionism is all about the emotion the painting emanates and, ultimately, the impression it leaves on you, the viewer, afterward.

Corot focused on the mood of the sky over a wholly realistic depiction, and what stands out the most in this piece is the feeling of the wind against the trees about the traveling figure in the foreground. This painting can be seen as one of the finest and earliest examples of an Impressionist painting.

This is also a topic of art that can trace its roots back to the ancient world. For Jean Baptiste’s art, though, the subject, like his landscape work, became more about the feelings behind the painting and the nuisance of emotions.

A Girl Reading is a subject that Corot repeatedly studied and painted, which involved a girl reading as its centerpiece. Of all his similar paintings, this is the only one Corot is said to have ever exhibited publicly and is by far the most romantic and expressive of the bunch.

Another aspect taken from a classical painting that greatly influenced Corot’s style and remained in his repertoire despite his many evolutions as a painter was the topic of myth. Many classical and traditional paintings involved cultural fables, legends, and myths of the old.

In fact, for many years, myths were one of the most popular subjects a painter could work from. For Corot, it was also a subject of inspiration and fascination, and he dedicated many paintings to the topic of myth.

In Eurydice’s wound, there is a balanced combination of Corot’s three favorite topics at work, a woman, a landscape, and a classic tale. In the Greek myth of Eurydice, she is bitten by a snake and dies, only to be brought back to life. It is loaded with symbolic and religious ideas, such as the symbol of the snake and resurrection. For Corot, it symbolizes the full circle of his career and often appears on lists of his greatest paintings. 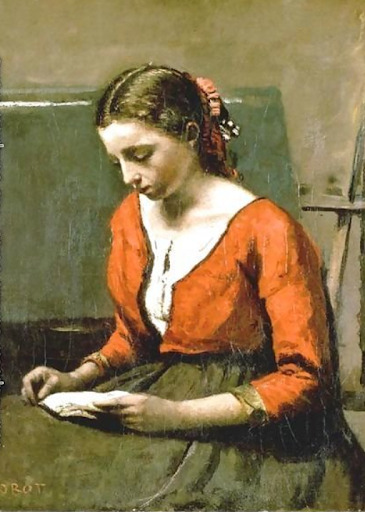 Jean Baptiste’s story as an artist is one of many changes and evolutions. The beauty of his art was the from the beginning and only grew greater over time. He may not be seen as one of the most famous painters, but he is undoubtedly one of the best and most important of them all.

Interesting Facts About KAWS You Might Not Have Known

Airline Personalized Dynamic Pricing: What is it, and Why is it Important?

Documents Required to Get a Credit Card

A Simple Guide to the Housing Market Cycle

Airline Personalized Dynamic Pricing: What is it, and Why is it Important?

How Long Do Most Houses Take To Sell?

How To Find The Right Crypto Trade Platform?